Kenya’s transport secretary announced that the Kenya Airways PLC will now be allowed to fly into Tanzania after the two nations transport ministers had a talk and came to an agreement.

The decision has been made by the country’s Civil Aviation Authority. The Tanzanian Transport ministry had on 1st August announced that it had cancelled the Kenyan Airplane from flying to Tanzania because it said Kenya had excluded Tanzania from the list of nationals allowed into its territory under revised covid-19 restrictions.

James Macharia, Kenya’s transport secretary said in a televised briefing on Saturday that the two countries managed to clear the issue they had. He termed the row as a minor issue and said that by August 2 the Kenya Airways will be flying to Tanzania again.

The spat between Kenya and Tanzania erupted soon after the virus outbreak in East Africa when Kenya blocked Tanzania truck drivers from entering the country since Tanzania had taken a controversially relaxed approach to tackling the covid-19 pandemic. Tanzania says it has officially ended covid-19 and they no longer release figures of new infections or tests although passengers travelling are required to take tests before departing.

The transport secretary in Kenya said what led to a the banning of Kenyan flights to Tanzania was a misunderstanding. Kenya had resumed international commercial travel but had not included Tanzania in it’s list of the countries allowed to. Macharia said on 1st August at Jomo Kenyatta International Airport while briefing journalists that Kenya has never restricted travelers from Tanzania. What they had done was to indicate health related protocols for people arriving from various countries for safety measures. He clarified that no traveler had been banned from entering the country but risk assessment measures had to be adhered to. 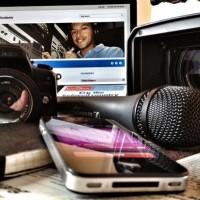